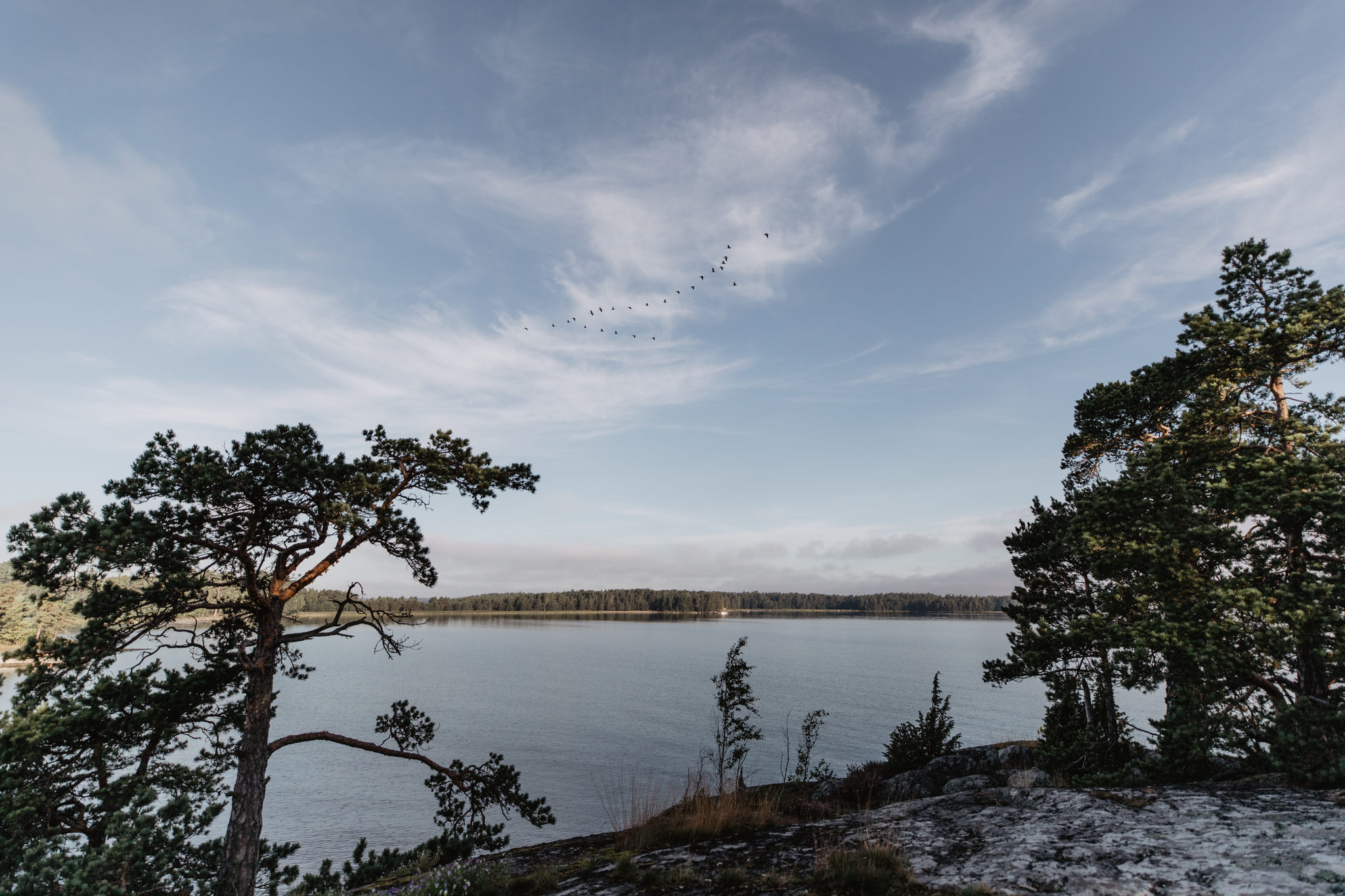 More to the east, please!

”Mitä iistimpää, sen siistimpää”, is a praise in the Helsinki slang, the local dialect, for Eastern Helsinki. “The more east, the cooler it gets!” The eastern parts of the capital feature numerous distinct and vivid suburban residential districts as well as the most beautiful archipelago in the Finnish capital. This is where you definitely should head when planning a nature trip in Helsinki.  The easiest access to Eastern Helsinki is via the suburban railway system, the ”Metro” lines M1 and M2 which both have their easternmost stops in the heart of Eastern Helsinki. Vuosaari, geographically the largest suburbia in Helsinki, lies on the easternmost tip of the capital, on the shore of beautiful paddling and rowing waters of the Iso Kallahti and Aurinkolahti bays. From here you’ll have ferry access to some of the Eastern Helsinki archipelagos recreational islands as well as some very nice nature spots on the shoreline.

Eastern Helsinki ferries to the islands

There are beautiful nature destinations and even preserved nature parks on some of the recreational islands which you can reach via Vuosaari. Hop on the ferry and enjoy the 50-minutes ride to Kaunissaari, one of the outermost islands on the archipelago. Here you can enjoy beautiful views to the open sea as well as the rich and diverse pelagic nature. There are some services on the Kaunissaari: you can book a cabin or rent a rowing boat or just enjoy outdoor and have a picnic on one of the numerous cooking shelters found on the island. For ready made meals just head to the restaurant Kaunissaari. The nature park on the island was established in 1959 and features rocky as well as sandy shorelines, swimming beaches, nature paths and diverse flora and fauna. The ferry connection to the island runs infrequently in May and in August-September, and daily (except Mondays) in June-July. Check out the timetables.

Another noteworthy ferry ride is the Eastern Helsinki island hopping adventure, in Finnish the ”Itäinen Saaristoreitti”. This ferry has stops in three docks in the Eastern Helsinki area: In addition to Vuosaari also in Herttoniemi and Laajasalo districts, and additionally you will also be able to access this ferry in Hakaniemi, a central district close to the central railway station in Helsinki. Check out the route and the timetables.

Nature Viva, a premier provider of paddling services and rental kayaks in Eastern Helsinki, have their paddling center on the Iso Kallahti bay. From here you will have access to many of the smaller and also more prominent islands on the archipelago. Just rent a kayak, ask for a map for the paddling routes and paddle on! For beginners there are also paddling courses available, and for fun outdoor recreation the company also offers sup boards, Fatbike all terrain bikes and rowing boats for rent. The company also provides for a variety of guided trips, such as kayaking trips, bike rides and forrest walks in the Eastern Helsinki archipelago. That’s right: you don’t even have to catch a ride to some of the nearby islands in order to see the maritime nature, as Vuosaari itself is an island, albeit a very large one. The nature here is everywhere, from arboreal forests to sandy beaches to steep cliffs and rocks.  For more information about the recreational islands and the Vuosaari nature, visit Natura Viva.

One of the coolest districts to visit in Eastern Helsinki is Aurinkolahti, the small yet noteworthy suburb in the heart of Vuosaari. ”Aurinkolahti” translates directly to ”Sunny bay”, and it is worth its name: here you will find some sunlight guaranteed! Aurinkolahti has its fair share of nice beach restaurants and cafes. The area features one of the longest swimming beaches in all of Helsinki, a premise for a lot of summer activities such as beach soccer and volleyball tournaments, some fancy architecture and a real Southern European vibe – all within the reach of the Helsinki public transportation network. The Vuosaari metro station (M1 line) is about 1 kilometer away, and with the public bus lines 560 and 90 You can get even closer. 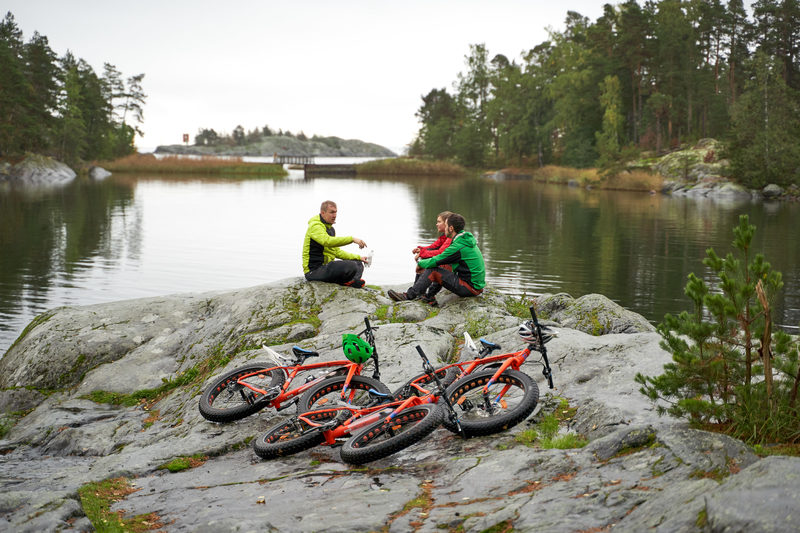 Tours on land in Eastern Helsinki

Mountain biking is the best way to explore the coast of Eastern Helsinki! Book your fatbike tour now! Read more 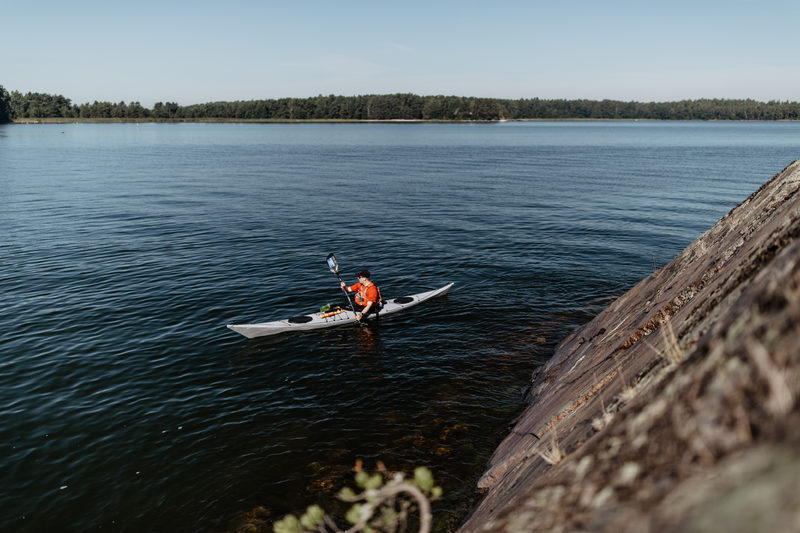 Tours on the water in Eastern Helsinki

Hel Out website may provide for commercial products and services from various sellers and merchants. These products and services can be purchased through the same shopping cart, and the payment will be forwarded to the merchant responsible for the product or service bought. All merchants are independent from Natura Viva Oy, and all orders, order confirmations and payments will be brokered between the customer and the merchant/seller in question. All inquiries should be presented to the merchant/seller in question; the contact details can be found in connection with the products/services on sale.

The responsibility / accountability owned by Hel Out (Natura Viva Oy) only applies to Natura Viva’s own products and services. Please get acquainted with the terms and conditions of all the sellers/merchants before your purchase.