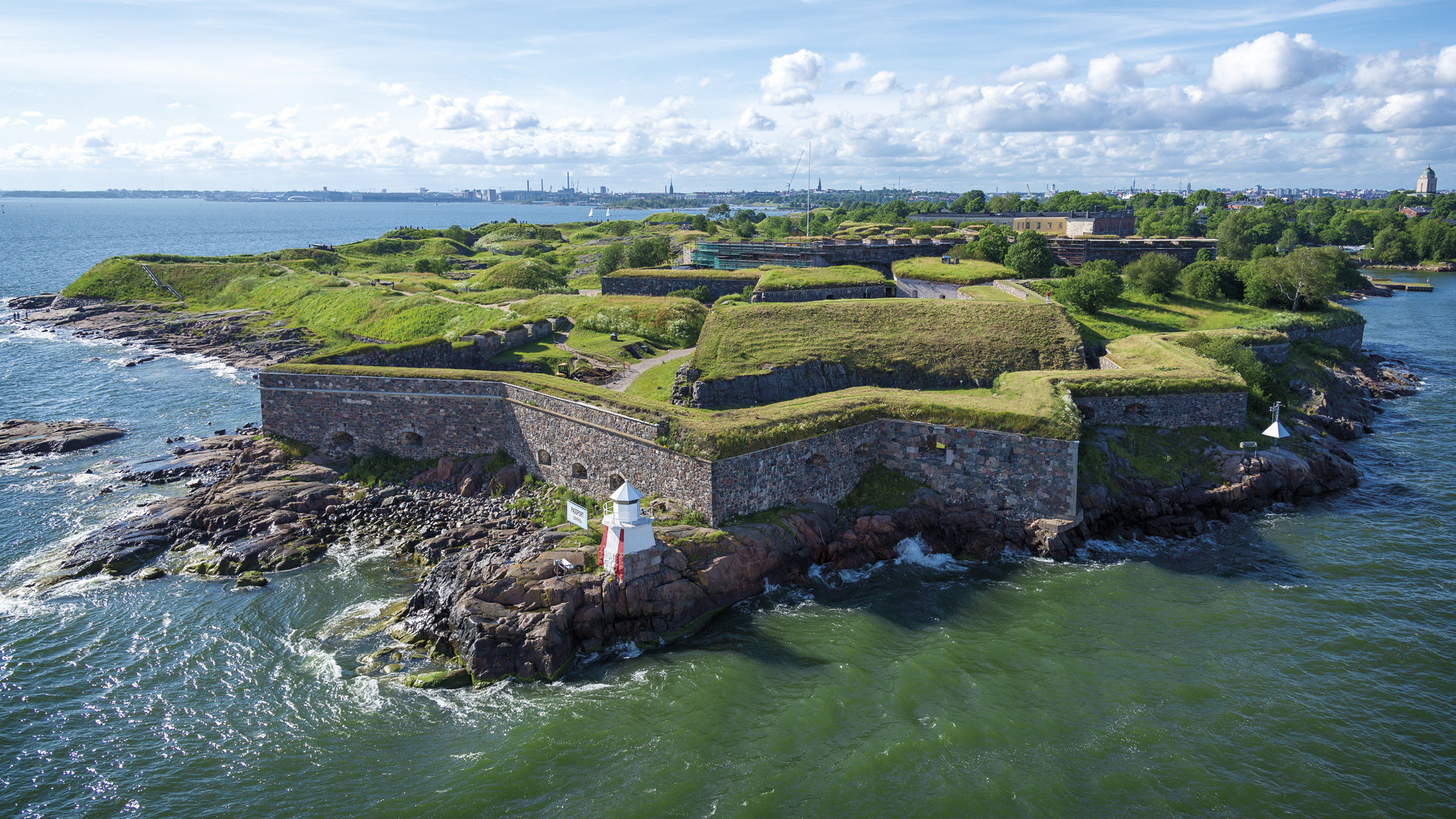 The Suomenlinna sea fortress is a UNESCO World heritage site in the Helsinki archipelago. Follow the Helsinkian summer crowds onto this beautiful island.

Suomenlinna is a truly unique and an utterly fascinating visiting destination in Helsinki, the Finnish capital. Originally built on eight small islands as a sea fortress in the 18th century, guarding the city from offshore attacks, this former military compound was designated as a UNESCO world heritage site in the 1990s and has nowadays been transformed into a vivid civilian community with all-year-round inhabitation, a fascinating history, some really beautiful nature spots, cafes, restaurants and bars. A lot of locals visit Suomenlinna every summer and enjoy the nature and the islands recreational services. You can reach Suomelinna with public transportation from downtown Helsinki in 15 minutes.

As Finland was still assimilated in the Swedish kingdom, the building of the Suomenlinna (Sveaborg, in Swedish; Viapori, old Finnish name) commenced in the 1740s. The main aim was to fortify the vulnerable Eastern parts of the Swedish kingdom against the many aggressors who might have tried to attack from the sea. It is noteworthy, that at that time Helsinki was a minor settlement on coast of the Gulf of Finlands. Even the Finnish capital was elsewhere, as the city of Turku held that position until 1812.

The fortress expands on eight islands, which are connected to each other with bridges or sandbars. The defensive walls facing the open sea stretch over six kilometers, and the fortress features several underground tunnels, still accessible today.

After Sweden lost the fortress (and the whole of Finland) to the Russian empire in the early 19th century, Viapori remained under Russian rule and served as a bastion defending the Russian capital St. Petersburg. It held this position until the Finnish independence and the Finnish civil war of 1918. At this time the fortress was renamed ”Suomenlinna”, ”The Finnish Castle”.

Evolving military tactics rendered Suomenlinna obsolete as a military stronghold, and almost all military activity had ceased on the premises by the early 1970s. To this day a naval academy of the Finnish defense forces remains on one of the islands, otherwise the fortress was transformed to a civilian district in the 1970s.

Suomenlinna – a wonderful place to live and to visit

Nowadays Suomenlinna can be seen as a wonderful tourist destination, attracting tens of thousands of visitors every year. But the district is also a vivid and a truly unique residential area in Helsinki, home to almost 1000 residents and a work destination for over 400. Suomenlinna, postal code 00190 Helsinki, is being governed by a local governing unit, who also control the applications and queues for rental apartments.

The district features a handful of restaurants, cafés and bars, a beer brewery, an art school, a music studio, an enormously popular summer theatre, as well as a lot of other small enterprises. There are also six museums on the islands, and of course the whole fortress itself serves as one big outdoor museum.

And the area is full of life, all year around! The Suomenlinna church is a super-popular wedding chapel, and during summer seasons there are wedding parties taking place every weekend on one or more of the restaurants and party premises found on the islands.

On nice summer days the island is filled to the brim with sunbathers, families enjoying their holidays and youth groups partying their spring break. Be prepared for cheerful encounters and random conversations as well as for longish ferry queues. It is worth the wait, though: Suomenlinna is definitely a great summer destination and one of the nicer picnic spots in Helsinki. Visit the small yet cozy local supermarket on the island or bring your own food basket! The last ferries towards mainland Helsinki leave after sunset, so you can spend a long and a relaxing evening here.

But Suomenlinna is more than just a summer destination. The ferry service (operated by the city of Helsinki public transport network with very affordable prices) runs all year around. It is a thrilling ride indeed to sail to the fortress through the almost frozen coastal waters and observe the islands in their wintery beauty. Some of the restaurants and cafes are open throughout the year so don’t hesitate to go even if you were in Helsinki during the cold season. It’s for sure not as crowded, and still mighty interesting.

This must be one of the most extraordinary and peculiar residential district in the world, and as such definitely worth the visit. Go with the ferry: It’s fast (about 15 minutes one way), cheap and exiting!

Suomenlinna was selected on the UNESCO world heritage sites’ list in 1991. The arguments for were the presence of historically important, outstanding examples of 18th and 19th century military architecture. And they truly are magnificent: visit the defensive wall tops, nowadays taken over by the nature in forms of grass, trees and bushes, or dig deep into the dungeons and tunnels of the fortress, mostly accessible even today. There’s nothing more exiting than to enter one of the tunnels and feel what the soldiers of the past generations must have felt when garrisoned here.

One of the most beautiful spots in the fortress is the Kuninkaanportti, ”The King’s gate”, a dock and an entrance to the bastion on the southernmost tip of the island, on the open sea. Imagine the royalties disembarking their vessels on this well-preserved site in the heyday of empires and kingdoms.

Nowadays this site is also the perfect platform for boat-spotting, as all the biggest passenger ferries have to pass a narrow strait here, called the ”Kustaanmiekka”, in order to reach the open sea towards Sweden and Estonia. Rumor has it it requires superior seafaring skills from the captains of these big vessels in order for them to successfully navigate between the islands. 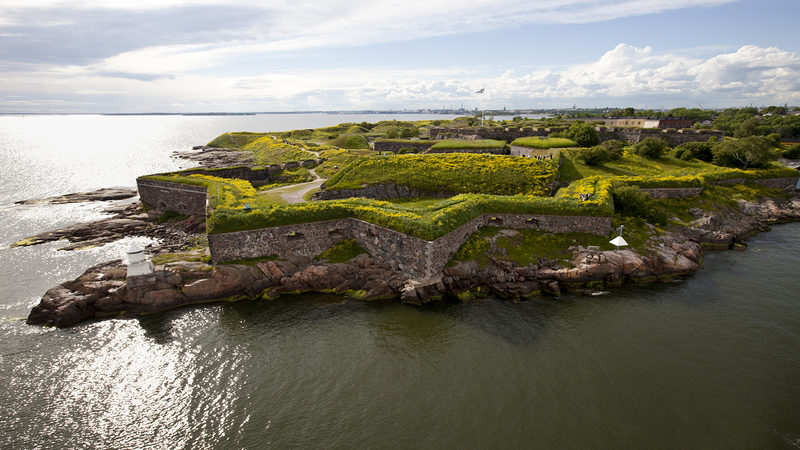